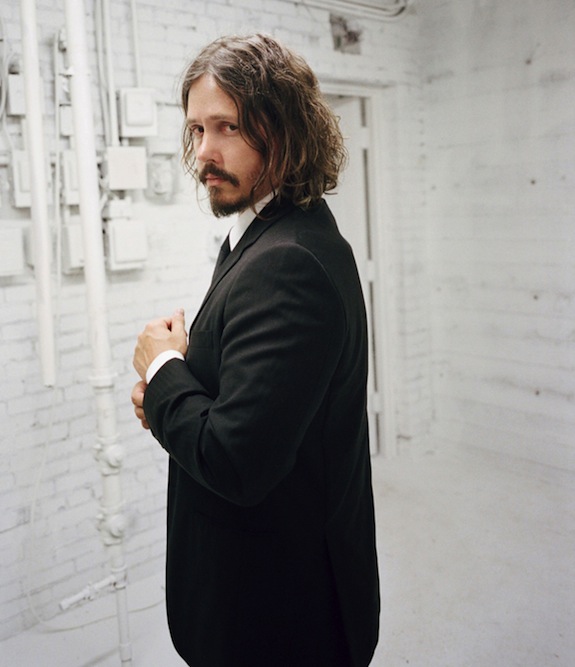 Beulah [the new album by John Paul White] is a diverse collection of swampy southern rock, folk balladry and dark acoustic pop, songs that came unbidden to White, who wasn’t entirely welcoming of them at the time. “Honestly, I tried to avoid them, but then I realized the only way I was going to get rid of them was if I wrote them down. I got my phone out, and I’d sing these little bits of melody, then put it away and move on. Eventually I got to a place where it was a roar in my head, and that pissed me off. Then one day I told my wife, ‘I think I’m going to go write a song.’ She was as surprised as I was. I went and wrote probably eight songs in three days. It was like turning on a faucet.” The title refers to a longtime family nickname and a reference to William Blake’s “place deep in the collective spiritual unconscious.”

The album was produced by Ben Tanner (Alabama Shakes) and White, and recorded in Muscle Shoals at the renowned FAME Studios and at White’s own Single Lock Studios, which he founded and runs with Ben Tanner and Will Trapp. Single Lock has released a number of notable artists including St. Paul And The Broken Bones, Penny & Sparrow’s Let A Lover Drown You—which White produced, Belle Adair, The Bear, Dylan LeBlanc and Donnie Fritts’ Oh My Goodness, which also marked White’s debut as a producer.

One half of the four time Grammy-winning duo The Civil Wars, White’s recent recording collaborations include work with Jason Isbell, Candi Staton, Rosanne Cash, Emmylou Harris and Rodney Crowell, among others.